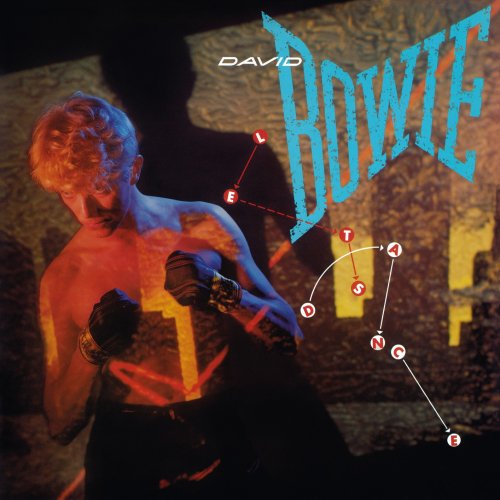 "Let's Dance" was the fifteenth studio album by David Bowie, originally released in 1983, with co-production by Chic's Nile Rodgers.

The title track of the album became one of Bowie's biggest hit singles, reaching No. 1 in the UK, US and various other countries. Further singles included "Modern Love" and "China Girl," the latter of which was a new version of a song which Bowie had co-written with Iggy Pop for the Pop's 197 album, 'The Idiot.'

The success of the album surprised Bowie, who felt he had to continue to pander to the new pop audience he acquired with the album. This led to Bowie releasing two further solo albums in 1984 and 1987 that, despite their relative commercial success, did not sell as well as Let's Dance, were poorly received by critics at the time and subsequently dismissed by Bowie himself as his "Phil Collins years."

"David Bowie returned to recording after a four-year break with this relatively clean-cut 1983 album. Although offering another definite new direction for Bowie, with Nile Rodgers of Chic helping to produce a stylish post-disco dance sound, Let's Dance is a mixed bag. Much of the album's success was due to its three danceable hit singles--"China Girl," a sensuous Bowie/Iggy Pop collaboration, the distinctive "Modern Love," and the funky title track. However, much of the rest of the album is bland and vapid, marking the start of serious decline in Bowie's songwriting skills.