Review:
In the past couple of years or so, Tangerine Dream, featuring Thorsten Quaeschning, Ulrich Schnauss and Hoshiko Yamane, have released five improvised albums dedicated to TD founder Edgar Froese. These have been primarily live recordings made in 2018 during the band’s tour and have had more in common soundwise with the classic 1970s era of Froese, Christopher Franke and Peter Baumann. These sessions have had a massive positive reactions from Tangerine Dream fans and have been an excellent representation of what you can expect when you see the band in concert. The Sessions VI features one 48.39 minute track called “10.15pm Session-West”, recorded at RBB Sendesaal Berlin Germany on 3 November 2018, and although one piece, the CD breaks it down into ten individual tracks. Light spacey chords and a subdued atmosphere introduce the track, this has a floating feeling to it and has a soft airiness to it similar to ambient artists such as Carbon Based Lifeforms. Notes tumble down like a sped-up film of stars falling through space. Dramatic chords begin to build slowly and take you on a gentle cosmic ride, a soundtrack for watching the skyscape overhead on a clear evening. This sound is almost heart-wrenching at times with Hoshiko’s violin blending seamlessly with Thorsten’s and Ulrich’s gentle synthesizer playing. A Mellotron sound (probably a Memotron) adds lush choirs that occasionally swell beneath this beautiful atmosphere. A bubbling sequencer hits in and electronic swirls begin to build over the top of them, chords rise and fall like ancient empires as the sequencer adds a kind of jet propulsion unit to the track as its begins to gather momentum. Soon the pulsating rhythm takes over as orchestral chords flutter and the violin plays a melancholy lead. It’s here that the track begins to change and move away from the more cosmic deep space elements and into the sci-fi structure of Johannes Schmoelling-era early eighties Tangerine Dream. Melody lines become stronger and take over from the rhythm that pulsates beneath. The sequencer takes on a harder bass edge and has a digital click as sounds chime above it. Slowly it fades and deep low chords emerge, giving a moment of reflection before their return at a much slower pace. Piano takes over and suddenly we are in an Erik Satie type of sombre mood as it gracefully plays along to the violin and some electronic stabs from Ulrich. These bass clicks take the track out of the comfort zone as the piano plays a classical fugue beneath them and they begin to make an odd sequencer sound. Again, the sequencers become more centred and the sound heads back into a seventies mode as the higher rhythm dances around over the backing. These transitions are what make these new TD releases so wonderful as you travel trough a kaleidoscope of sounds and emotions as each section unfurls in your cosmic consciousness. These begin to slow and become like the fading messages sent by a probe in deep space back to Earth; again, a certain type of stillness comes into play and we are staring at the milky way moving silently above our heads. The track ends with that sense that it could drift on forever out there among the gasses that create stars. As with the previous releases, Session VI is an incredible performance by a band on top of their game live and channelling what most people think of as the classic era Tangerine Dream. 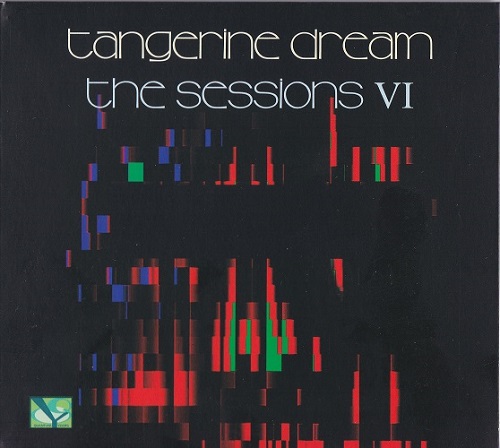